Unlike many of us who have been conditioned to believe life is a struggle and we have to push through challenges to reach our goals, Terry Sidhu’s philosophy is to find the path of least resistance.

It is a refreshing change, and quite a surprise considering the challenges Terry faced as the child of immigrant descent growing up in a working class environment in central England.

“I grew up in 4 different communities and didn’t quite fit into any of them.”

A Fish Out Of Water

When asked where his story begins, Terry takes us right back to his primary school years.

Born the child of Indian heritage Terry’s home life was steeped in the Punjabi traditions. However, living in Wolverhampton meant his English school education was strongly influenced by western Christianity.

As if that wasn’t confusing enough for a quiet sensitive child, Terry also found it difficult to fit in with his peers. From an early age he had to contend with extensive exclusion, ridicule and bullying from other children, both at school and in the frequent social gatherings within the Sikh community.

“I never felt comfortable in this experience called life. I didn’t understand it”

Because of this Terry resorted to a solitary life and a lot of his thoughts and ideas tended to be of a religious, esoteric nature. But he didn’t want to be seen as ‘the religious kid’ so he found it very hard to find his voice and connect with people.

However he did notice that no one seemed to have a happy fulfilling sense of life. The constant undercurrents of stress and struggle amongst adults made no sense to him, and the taunts from other children labelled him as weird, different and queer. So he was lost to know who to emulate and how to find his place in the world.

When he was around 9, Terry’s mum taught him to meditate as a way to cope with life and learn to express himself in his own world/in his own mind.  Meditation became a place where he could retreat from the narrow limitations of this life and he began to make sense of the world from a deeper perspective.

“It woke me up to how to exist, and how to survive in this world”. The key lesson is to never fear the truth, and never fear expressing the truth. I just had to figure out how to do that safely and that’s kind of where my journey began.”

Meditation enabled Terry to find peace within himself and begin to make sense of the suffering in the world. He also discovered that, far from being all there is, this life is just a part of a more expansive living experience. Terry’s time in meditation began to feel more real than the physical existence he was living and it was the only place where he could truly be himself.

From the age of 9 to around 14, the insights he gained through meditation turned Terry into a keen observer. Now instead of feeling lost and lonely because no-one wanted to interact with him. He found an interest in going from room to room at social events just observing what was going on. He would listen to the stories and search for the truth in every situation.

A Shift In Focus

After 16 things changed dramatically for Terry when he suddenly found that people wanted to be with him. From being a skinny little boy with braces and big plastic glasses, puberty had transformed him into an attractive sexual being that people wanted to know. Naturally this opened new doors to him that were vastly appealing and the need to retreat into meditation was less alluring than it had been. Totally engaged in this new life, Terry was happy to be swept along wherever it took him.

When it came to choosing a vocation, Terry’s interest in people and behaviour led him into a 2 year A level course in Psychology. Although the course extensively covered consciousness and cognitive processes, Terry was surprised and rather concerned that it didn’t include anything about meditation. In addition to this there seemed to be very little information about how to apply what he was learning in the real world. Terry’s answer came when he discovered Marketing.

Marketing applied psychology in he real world through a process of teaching how to see peoples vulnerabilities and reshaping their desires. So even though he didn’t particularly want to go to university, he followed his parent’s suggestion and signed up for a course in Marketing.

Leaving Wolverhampton to attend University brought independence and a great circle of friends. So Terry allowed himself to be swept along with that and for a while he completely abandoned his meditation practices.

Circling Back To His Roots

After University Terry took a job in Marketing and began building a successful career. Although the money was good and he found it easy to steer people to buy the products he was promoting, this lifestyle did not sit easily with Terry. So, much to his bosses’ surprise Terry quit and spent a period travelling before returning to the more serious endeavours of earning a living.

A job application that led to an interview took an unusual turn when the interviewer suggested that rather than go for this job, he should consider becoming a life coach. It was something that Terry had never really considered and at first he wasn’t sure it was what he wanted, but one thing led to another and this ended up being the path he took. Terry says that…

“Success is easy to obtain so long as you follow the formulas and play the game right.
But finding fulfilment in that success is a different game all together.”

Given that he had spent a lifetime observing people, it is hardly surprising that Terry became one of the top most sort after life coaches in Vancouver where he now lived. In addition to this, when people discovered his background in meditation, he also became sort after as a meditation coach.

It began through supporting his clients with mental health issues and gradually led into teaching meditation as part of his coaching service. He was surprised to discover how little people knew about meditation, and recognised that this was a skill he could easily bring them and which truly engaged his life long passion.

“My passion was suppressed for many years. I just kept it quiet. As my clients started asking more about meditation could support mental health, that’s when I started getting excited about life.” I could just talk about it day to day, the one thing that I used to get picked on for is now the one thing people want to know more about.”

As his reputation grew, counsellors and therapists started recommending him and Terry finally felt like he had found his niche, his place in the world.

Thank you for joining me for this conversation about meditation and Terry’s personal path of least resistance. The links to his website, the book and social media channels is below. Through the website you will find a link to his free starter pack.

Running a podcast is fun, but it takes time and dedication. Whenever you enjoy a podcast please share your appreciation with comments, likes, shares and reviews. It helps other listeners find good content and supports the content creators and their guests.

There is a lot to gain from listening to other people’s stories, however, the real work begins by taking action in your own life. Now you’re here, please explore our Events and Resources pages to discover how Life Passion & Business can support you. 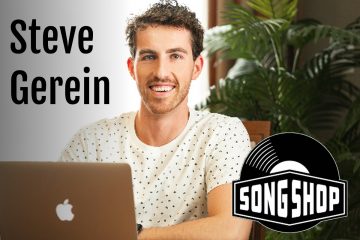 Steve Gerein is a musician, entrepreneur, dream follower and co-founder of SongShop dedicated to bringing musicians and songwriters together. He is also a great testament to the benefits of coming to personal development work early in life and the recognition that we are in charge of what we get out of life and how we feel about it. 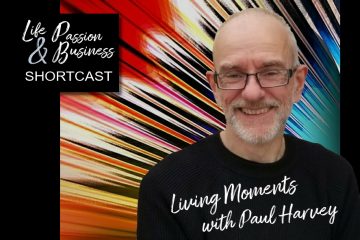 Welcome to another Sunday reflection.  Today’s topic is about excuses or, to be more precise, the lack of. My guest on the next podcast is Steven Gerein. He’s just one of the many amazing young Read more… 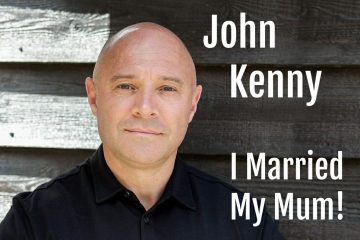 John Kenny : I Married My Mum!

Growing up John Kenny had no idea what he wanted to be or do. He wandered from one thing to another until he finally had the wake up call he needed. What he discovered was he had spent his whole life dating his Dad, and ended up marrying his Mum! Today John is a relationship coach, fusing together his life experience, counselling, coaching and NLP skills to create his own coaching model (IRC) for relationships. He is passionate about this work, it feeds his soul.